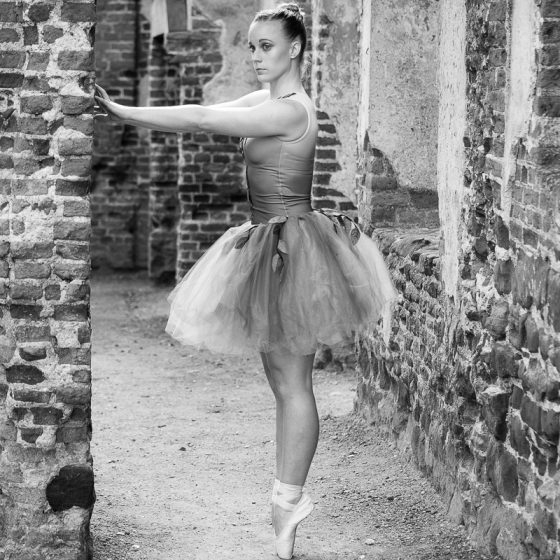 Leonie started her dance training in Ballet, Tap and Modern at the age of 4. Between the ages of 14-18, she performed with the English Youth Ballet and was an Urdang Associate at their HQ in Covent Garden. At the age of 18, Leonie successfully auditioned for London Studio Centre where she went on to study for the next 3 years and graduated with a BA(Hons) in Theatre Dance.

Leonie then went on to train at The Dance College for a further 4 years where she gained her ISTD teaching qualifications in Imperial Ballet, Tap, Modern Theatre and National Dance.

Fast forward to 2019, Aspire is now based in a purpose built studio on Wilbury Way and has over 300 pupils attending classes in Ballet, Tap, Modern, Street Dance and Gymnastics 6 days a week.

In her ‘spare’ time Leonie is a Professional Chaperone for the BBC, film and TV companies. In 2017, she was asked to provide child extras for Disney’s new live-action Dumbo film. Leonie chaperoned on the film for 6 months and was incredibly proud of the 40 Aspire children chosen to be in the film.

If you don’t see Leonie in the Aspire studio or on a film set, she will be chaperoning or stewarding at various BBC events – whether it’s the Radio 1 Big Weekend, Strictly Come Dancing, Radio 4 comedy shows, or The Proms at the Albert Hall… she’ll always be busy somewhere!